It’s hard to believe that summer is almost over. School is already in full session in some parts of the U.S. and the fall season is around the corner. The summer has proved to be fruitful for BrookLink in several ways. 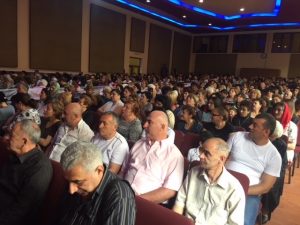 “It was a pleasure for the Armenian Relief Mission to partner with BrookLink for a pastoral leadership training.  We had two conferences in two separate cities attended by 348 church leaders and lay workers.  The participants were very pleased with the in-depth teachings they received.  Even before we all left Armenia some of the pastors had already taken material developed by Lee and used it in their home churches. Armenian Relief Mission desires to have continued partnership with BrookLink for similar conferences in the future.”

GO FURTHER – JULY 2018
In July, Lee was the featured speaker at Southbrook Church’s “Go Further” series. For five nights, folks from Southbrook gathered to learn about God’s grand story and their role in that story. John and JoAnn Moehr attended and commented afterwards: 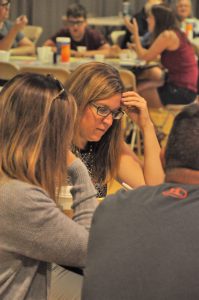 “As believers, we appreciated the “Go Further” presentations by Pastor Lee. We feel we are growing closer to God after looking at God’s story of his interactions with human beings since creation!”

The material Lee presented, along with the small group discussions, answered important questions for us as we looked at both our individual and corporate responsibilities as followers of Christ. Lee’s messages were thorough, drawing deeply from Scripture, causing us to desire a more active participation in God’s Greatest Story!”

FACILITATORS SUMMIT – AUGUST 2018
Earlier this month BrookLink gathered with 12 individuals from across the U.S. and Canada to have conversations around expanding our ability to say yes to invitations to train and develop leaders. Many of those in attendance are eager and already engaged in helping us train and equip national church leaders. 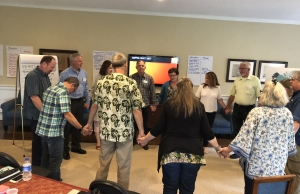 There was a palpable sense of enthusiasm and excitement about expanding BrookLink’s range of topics offered to our overseas partners, including child and family ministry, grief and trauma counseling, spiritual formation and more.

Our Team and Board of Directors will begin the process of downloading and evaluating the Summit and charting a path forward.  We covet your prayers during this time of discernment as we seek God’s wisdom and leading.

Our ability to walk through these doors would not be possible without you! Your sacrificial financial gifts and your prayers are a blessing to us and to church leaders around the world! We count on your continued support as we chart a future path for this ministry in the months ahead. Thank you! Thank you! Thank you for stepping into the future with us!